Alamance Foods (AFI), a manufacturer of a variety of consumer food products, will invest $42 million (€39.5m) to expand its North Carolina operations in Alamance County - including for its aerosol whipped cream line - Governor Roy Cooper announced last month. The company will create 135 jobs in Burlington.
"Today, companies have many locations to choose from when considering an expansion, but North Carolina’s competitive advantages always shine through,” said Governor Cooper. “It’s great to see a home-grown company like Alamance Foods expand in our state, thanks to our roads, airports, rail and ports, our strong communities and our dedicated, well-trained workforce.”
AFI has headquarters in Burlington, and began in North Carolina over 100 years ago when R.W. Scott began selling the extra cream and butter that he churned primarily for his family. In 1927, his son Ralph H. Scott expanded the business and established Melville Dairy, which in 1959 became one of the first producers in the United States for a revolutionary new product at the time - aerosol whipped cream. The company later expanded its product line to include flavoured drinks, freeze pops, and bottled water. The company’s project in Graham will expand warehousing and production facilities for its aerosol whipped cream product line.
"North Carolina leads the Southeast in manufacturing excellence,” said North Carolina Commerce Secretary Machelle Baker Sanders. “We welcome the vote of confidence Alamance Foods’ expansion represents, and their company can depend on the strength and ingenuity of the North Carolina workforce to take them to the next stage of their growth.”
Alamance Food’s project in North Carolina will be facilitated, in part, by a Job Development Investment Grant (JDIG) approved by the state’s Economic Investment Committee.
Over the course of 12 years, the project is estimated to grow the state’s economy by $651 million (€613m).
“Alamance Foods’ long history in our region is a point of pride and we’re very pleased to see this latest expansion of the company,” said N.C. Senator Amy Galey. “These new jobs and the capital investment will bring many benefits to both our people and the local economy overall.”
“I’m proud of the many local and regional economic development partners that made today’s announcement possible,” said N.C. Representative Ricky Hurtado. “AFI’s choice to expand in Alamance County demonstrates once again our community’s commitment to be a strong partner to business."
In addition to the North Carolina Department of Commerce and the Economic Development Partnership of N.C., other key partners on this project were the North Carolina General Assembly, the North Carolina Community College System, Alamance County, the City of Burlington and the Alamance Chamber. 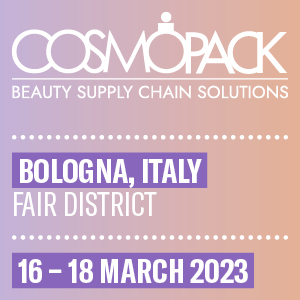