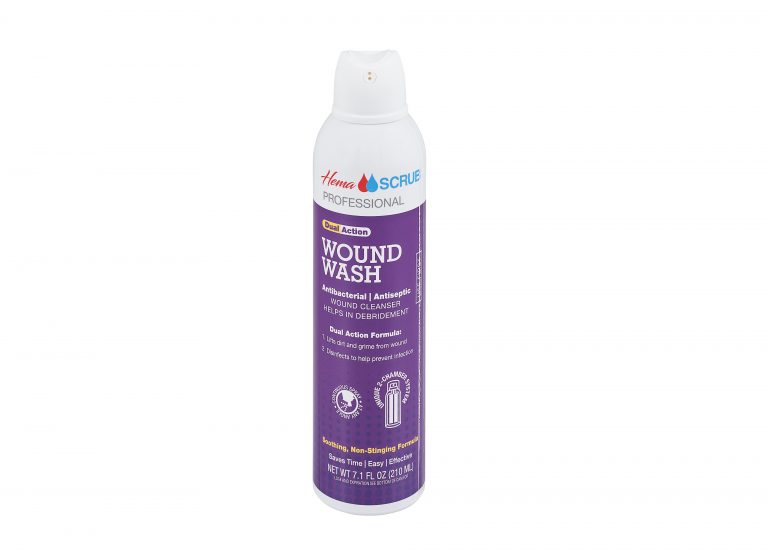 Designed for professional and consumer use in the medical and veterinary markets and created by MedScrub, HemaScrub™ Cleanser is a dual-action wash that mixes two formulations at the point of dispensing to treat wounds more effectively.

During wound treatment, dirt and debris can often enter the affected area and it can be problematic to remove this quickly without causing pain to the patient. Addressing this obstacle, the cleaner uses BAB technology to ‘foam out’ the dirt and grime, using a dual-vortex dispensing system, which accurately and consistently mixes the cleaner, simultaneously dispensing two sprays and thoroughly cleaning the wound and removing debris.

MedScrub director and medical developer, Anthony Talamonti, said: “From the moment we learned about Lindal’s BAB technology, we knew it was exactly what we were looking for in a spray can form delivery system, due to its capabilities in keeping ingredients separate and stable before being dispensed.”

BAB can be used in a wide range of applications, as the technology allows potentially non-compatible formulas to be mixed just before or at the moment of use.

The technology’s use with compressed air means that formulations can be dispensed at an ambient temperature, ensuring humans and animals are not shocked with ice cold propellants when treated for wounds. The formula can also be dispensed in any direction from the can, with 360o usability. As the compressed air solution doesn’t produce a ‘hissing’ sound, the product would not frighten animals when the formula is applied.

Alex Piagnarelli, Lindal’s North America sales director who led the team in the development of the HemaScrub Cleanser dispenser, said: “It’s been a pleasure to be a part of the journey with Med Scrub. We are excited to see this unique new offering on the market where we believe it will be readily adopted.”

Lindal recently won the European Aerosol Federation Packaging Element Design award for its BAB technology. The jury acknowledged the benefits of the Bi-power valve as well as the flow limitation concept managed in the actuator instead of the valve, therefore allowing faster filling.